The third section of the sixth assessment report published in April by the International Climate Panel IPCC focuses on climate change mitigation and adaptation measures. As presented in the report on the effects of climate change published at the end of February, the time window for curbing the effects of climate change is closing. The increase in greenhouse gases in the atmosphere caused by human activities has been faster and stronger than predicted. Limiting warming to 1.5 degrees is starting to look even more unreal. 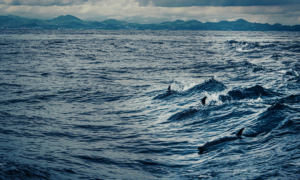 The IPCC presents a number of ways to mitigate the effects of warming in different sectors and the emission reduction potential of these ways on an annual basis in different scenarios. For example, in industry, the capture and storage or use of carbon dioxide elsewhere could be useful when the carbon dioxide released from production plants could be directly collected. Carbon dioxide produces use elsewhere or it stores an alternative in the soil or long-lived materials of the trot. Large-scale recovery does not have a very high emission reduction potential on an annual basis and it is, at least for the time being, quite expensive. Better opportunities to reduce emissions are by changing very fossil fuels to bio-based, hydrogen and its derivatives or completely electric alternatives. Energy and material efficiency measures are also fairly inexpensive ways to reduce large amounts of emissions.

In energy production, agriculture and at the individual level, emission reduction is the most effective

According to the IPCC, the biggest emission reduction opportunities are related to energy production with wind and solar power. Increasing these production methods would reduce emissions by several gigatons annually, and the solutions would be quite inexpensive compared to almost all other solutions from different industries presented in the report.

In addition to energy production, solutions in agriculture and forestry are particularly effective in terms of mitigating climate change: sequestering carbon in the soil in agriculture, sustainable forest management, afforestation and restoring ecosystems would reduce emissions substantially every year. If farming were to be enhanced, for example, through arable forestry or farming methods that bind carbon to the soil, many natural forests would not need to be converted to agricultural use, and as the surface area in agricultural use decreases, previously used areas could be restored and thus improve their carbon sequestration capacity.

A decrease in the area of ​​land used for agriculture would be possible not only by making cultivation more efficient. It could also be possible by globally changing the diet to be more sustainable. The report emphasizes that the mitigation of climate change is surprisingly largely also dependent on individual choices. By 2050, effective measures on the demand side between different sectors could reduce emissions by up to 40–70% of what emissions have been predicted to be in 2050 with current measures.

Co-benefits can be obtained from containment measures

The report also highlights construction-related emission reduction opportunities, such as the construction of new buildings from low-carbon and long-lasting materials. Renovating existing buildings and adding carbon-sequestering materials and surfaces such as green roofs would reduce emissions. Increasing green surfaces and areas, especially in cities, mitigates the urban island phenomenon, where city centres heat up more than the surrounding areas due to many reflective and heat-trapping surfaces. In addition, green areas curb flooding during heavy rains.

Several measures to control climate change are needed. We need to reduce greenhouse gas emissions to stop the climate change. We also have to improve air quality and people’s health, increase biodiversity. By doing this it could lead to an increase in equality and improve food security. The report emphasizes that it is possible that the mitigation of climate change through various ambitious goals and measures may cause a positive chain reaction, in which emission reductions feed each other. The actions of individual people and a change in attitude are also of great importance.

REDUCE EMISSIONS TOGETHER WITH ECOBIO

Together with Ecobio’s experts, your company can develop the best and most suitable means of reducing emissions.

Ecobio can for example help with:

We use cookies on our website to give you the most relevant experience by remembering your preferences and repeat visits. By clicking “Accept All”, you consent to the use of ALL the cookies. However, you may visit "Cookie Settings" to provide a controlled consent.
Cookie SettingsAccept All
Manage consent

This website uses cookies to improve your experience while you navigate through the website. Out of these, the cookies that are categorized as necessary are stored on your browser as they are essential for the working of basic functionalities of the website. We also use third-party cookies that help us analyze and understand how you use this website. These cookies will be stored in your browser only with your consent. You also have the option to opt-out of these cookies. But opting out of some of these cookies may affect your browsing experience.
SAVE & ACCEPT
Powered by